ERMI’s glaring limitations will leave homeowners in the dust.

In 2007, researchers at the Environmental Protection Agency (EPA) introduced the Environmental Relative Moldiness Index (ERMI) to numerically represent indoor mold contamination relative to the rest of the country. To this day, ERMI, which utilizes PCR testing to analyze DNA in dust samples, remains a research tool and has never been validated or endorsed by the EPA for at-home testing.

In fact, in 2013 the EPA’s Office of Inspector General (OIG) warned that some companies were using and advertising ERMI inappropriately while referencing the EPA.

Makes you wonder: So why would these companies continue to advertise ERMI? And how has ERMI become so darn popular? Here are some reasons:

What’s going on: Why would the EPA refuse to endorse or validate technology developed in-house? The answer is simple: ERMI does not provide significant, if any, improvement over traditional mold inspections, and often fosters unwarranted fear and panic. Below we outline the myriad shortcomings of ERMI, and why it should not be an option for at-home mold testing.

The technology is outdated

ERMI disregards the geographical setting of a building

ERMI’s use of “composite sampling” lacks precision and specificity

The issue of subtracting molds [For the technically inclined]

The accuracy of MSQPCR is problematic [More technical jargon]

In a nutshell: No single test can determine a building’s health or safety. Determining the health of a building, much like determining the health of a person, requires a multi-faceted approach. This approach requires the gathering of data and information from a number of sources. Mold testing is undoubtedly a vital piece of the puzzle—so long as the data it provides is accurate, relevant, and relatively easy to pinpoint. ERMI, despite its popularity, can stake no such claims.

The GOT MOLD? Test Kit

Until recently, testing your home for mold meant hiring a professional to collect air samples—often with a price tag in the thousands—and then crossing your fingers that this person had enough expertise, know-how and integrity to do the job right. It was (and still is) a process rife with uncertainty. As were the options for self-testing, which were abysmal.

In the absence of a reliable and affordable DIY solution, and amid the public’s growing awareness of mold-related illnesses, emerged ERMI—an inherently flawed and increasingly outdated research tool never intended for individual at-home testing. But despite its shortcomings, ERMI is routinely misused by unaware homeowners, misrepresented by dubious inspectors and remediators, and promoted by well-intended medical professionals.

It’s time for that to change.

Spanning years of research and development from a dream team of scientists and engineers, the GOT MOLD? Test Kit is the easiest, most affordable way to test your air for mold—without the hassle and expense of hiring a professional or the concerns associated with ERMI.

So check us out and let us know if you have any questions. We’re here to help. 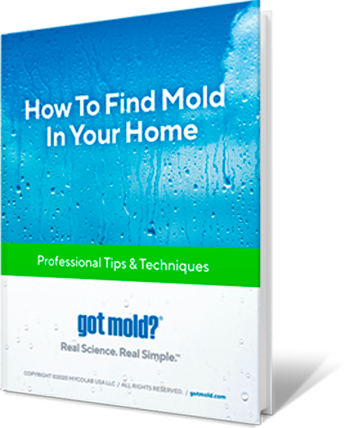