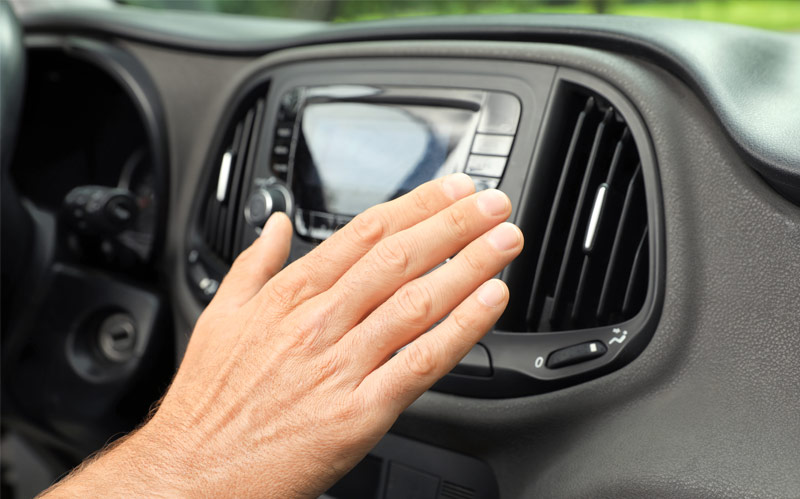 Who doesn’t love the way a new car smell? It’s thrilling. A confirmation of accomplishment.

The new house smell is no different. Whether it’s a freshly completed renovation or the special feeling of being the first owner of a newly built home, we associate powerful, positive, invigorating feelings with those aromas.

The truth is, this alluring potpourri is actually quite toxic. What you’re smelling are noxious chemicals being released from the plastics, paints, adhesives and finishes, known as volatile organic compounds, or VOCs. Even though they usually dissipate over time, they’re linked to a whole array of illnesses, and while this probably isn’t completely news to you, what I’m saying is that ignoring it may not be such a good idea. A hot new car is very attractive. A third eye, not so much.

You may have read about the Tesla owner who fell asleep while driving, sober, around noon, resulting in him killing a cyclist, and potential jail time. He’s blaming a high concentration of new car fumes for the overwhelming sleepiness he experienced, and he might be right. One of the most common symptoms of VOC exposure is fatigue, in addition to adversely affecting cognitive functions. Probably not an ideal environment for the interior of an automobile. Someone might want to do something about this. Perhaps if Congress spent less time on inane issues like steroids in major league baseball, they’d be able to work on stuff that matters, like this. Apparently, it’s a common issue at all levels in the industry. According to official documents from Bentley Motors, an “obnoxious odor” was a problem in cars made from 1999 to 2002 and was traced to a rust inhibitor. Like many things in life, it’s a tradeoff, especially with cars. You want new wheels, but unless you have Mark Cuban’s budget, you aren’t in a position to choose the materials your ride is comprised of.

Your house is a very different story.

They say we spend about 90% of our time indoors. This includes cars and public transportation.

Although it sounds like an awful lot, the good news is that we have the most control of our destiny in our homes. You just need to do your homework and be an informed consumer. These days, even the worst offenders in the building materials business are making stuff that’s far less toxic. It’s pretty awesome. In fact, it’s no different than the household cleaning products business. Before they used nasty chemicals and snappy marketing to sell low-quality stuff to the American public, as if it were somehow better than what our grandmothers used in the days before Windex existed. Fast and cheap was their mantra. That’s the former paradigm. Thankfully things have changed. It used to be a take-it-or-leave-it type of thing, but the consumer has spoken, and their voice was heard. We now have a plethora of healthy options.

I often say that clean doesn’t have a smell. Some of the odors that we encounter every day make us feel clean. Bleach has it’s place, but it’s in the washing machine. Sanitizers are for the hospital, not the home. Contrary to what most people think, there’s no need to use chemicals during mold remediation. They cause more harm than good. Do the research. Oh, and about air fresheners? I’ll save the keystrokes and electrons. Just throw them away.

It’s also the same with food and personal care products. Coca-Cola and Mcdonald’s are struggling while Whole Foods is booming and Acme and Shop-Rite are so busy shutting down stores they can’t be bothered to get the flies off their piles of rotting veggies.

Now, back to the point of this piece.

The new house smell is a serious issue, so I’ll share some of my thoughts, but the truth is that it’s too much for a little blog post. I’ll have to break this down into a few chunks, or write a real article about it, but in the meantime, here are the basics. The key is prevention, which is really about awareness and avoidance. Mold and other allergens can be cleaned up, but these chemical bad guys are much tougher to deal with.  Believe it or not, I’d rather buy a moldy home than a chemical-laden one. The fact that homes still get built – legally – with materials of comprised of well-known carcinogens simply stuns me.

If we want to reform healthcare and have a healthy society, let’s start with common sense. Let’s not make carcinogenic houses, cars and workplaces. Don’t even get me started about schools. We raise and educate our next generation in moldy, stale buildings and feed them non-food, while teaching them how to barely pass tests, like automatons. Barf.

I’ve seen VOC problems affect a home from something as simple as a shopping excursion at Pottery Barn or IKEA. This is easy to deal with. You remove the source.

Once they’re embedded in your home though, it’s a different story. It’s bad news when your whole house is painted with builder’s grade paint, or when your hardwood floors are finished with the stuff from the bottom builders’ supply store shelf. I’ve actually had contractors verbally agree to use the healthy stuff, but throw it away when we left, and then proceed to use what they usually use. This resulted in them sanding off the finish and re-doing it on their nickel, then paying for the house to be HEPA-vacuumed. Needless to say, nobody was pleased except the guy we paid to clean it up.

Even though I’ve only talked about man-made VOCs, mold makes VOCs too, but they are called mVOCs, with the “m” standing for microbial. Interestingly, many of the compounds active mold growth produces look a lot like industrial chemicals. This explains why the vast majority of our most mold-sensitive clients are also sensitive to chemicals and fragrances. This syndrome is called Multiple Chemical Sensitivity (MCS) in some circles, but a woman down in Texas named Dr. Claudia Miller has renamed it TILT, which stands for Toxicant-Induced Loss of Tolerance. She’s written quite a bit on the subject. If you’re interested, you can start here. It’s estimated that 3-5% of Americans suffer from MCS/TILT.

When we are faced with client that has a VOC problem in their home, the first thing we have to do is identify the source(s), which often includes mold. The primary motive behind this part of the process is to determine exactly what the remedy(s) will be.

With an indoor air quality problem, you only have three options.

1. Source control: Get rid of it, if you can. But if it’s the paint on your walls or the insulation inside them, then that’s much easier said than done. Source removal and control is always best, but in cases where this isn’t practical or possible, we go to…

2. Filtration: Using special filters, which contain activated carbon/charcoal, the airborne chemicals are trapped, and over time, you can reduce the chemical load on the house. These are expensive, since they require a significant amount of carbon to make a dent in a sick home, and the filters need to be replaced regularly to remain effective. ($$$$)

A much better option, for several reasons, is…

3. Dilution: Introducing fresh air from outside – to dilute the not-so-fresh indoor air – seems like a no-brainer, but it’s only practical when the weather’s nice. Just opening your windows on a nice spring day won’t cut it. Also, who wants to watch their hard-earned cash go out the window with the VOCs? Thankfully, there is a solution. There are devices known as heat recovery ventilators (HRVs) and energy recovery ventilators (ERVs), which allow fresh air in while sending the stale air out—all while keeping your utility bill in check. Ask your HVAC guy about them. They are mandatory in many commercial buildings, but not in residential, even though every home should have one.

The bottom line is, if you or someone you live with are having symptoms that you think may be related to something in your home, it’s important to take action.

Enter your email for exclusive offers and updates

The Problem with “Free” Mold Inspections

You’ve surely heard the phrase “There's no such thing as a free lunch.” But have you ever wondered where it came from? The “free lunch” refers to the long-gone tradition...